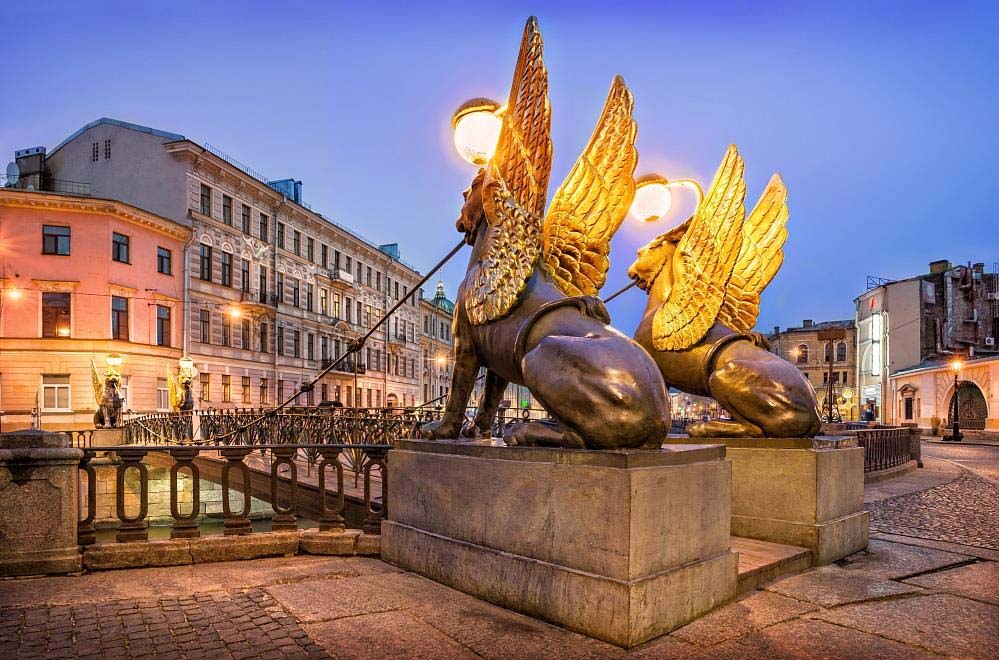 The Bank Bridge is one of the three suspension bridges that have survived to this day. It was built in 1825 next to the Assignation Bank, hence its name. On the first day, 9 thousand people crossed the bridge. The chains holding the bridge are fixed inside four griffins sitting in the corners. They have become one of the symbols of St. Petersburg. According to ancient Greek mythology, griffins were reliable guardians of treasures, which is why they were chosen as the design of the bridge at the bank.

By the middle of the XX century, the bridge began to gradually collapse, having stood for more than 100 years without reconstruction. Since 1949, it has been constantly undergoing partial restoration. In 2017, for the first time in two centuries, griffins were also taken away for restoration, and the bridge structure was overhauled. It turned out that the sculptures are a complex engineering structure of five parts connected by special fasteners. Interestingly, when dismantling the griffins, they found a real treasure of coins and bills, as well as notes with requests and wishes.

The most interesting exhibit was a large lid from an old teapot, no one understood how it got there. In general, there are several legends associated with the winged lions on the Bank Bridge, following them you can improve your financial situation. However, they are all related to actions that can cause damage to griffins. Restorers constantly remind that the bridges of St. Petersburg are objects of cultural heritage and everyone's duty is to protect them for posterity.