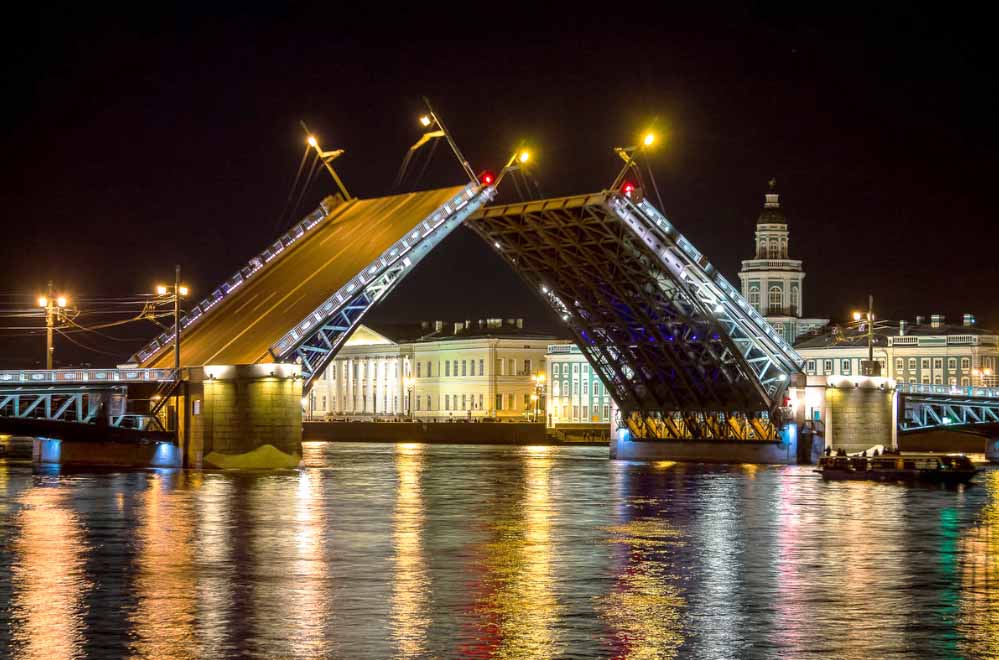 One of the main attractions of St. Petersburg is the Palace Bridge. It connects Admiralteysky Island with the Vasilyevsky Arrow and is the hallmark of the city. The length of the bridge is 253 meters, the width is about 32 meters. The dilution of the bridge is an amazing sight that attracts many tourists. The history of the Palace Bridge began in 1901 with the announcement of a competition, but no project was accepted. The second competition was held in 1908, as a result, the project of engineer Andrey Pavlovich Pshenitsky was approved. The main condition set by the construction company is no foreigners. Russian Russian engineers and workers had to be found for all the work and domestic raw materials had to be used. As a result, the "Society of Kolomna Factories" became a contracting organization. Construction of the bridge began in October 1911, the bridge was under construction for five years and opened in December 1916 without finishing, the final design of the bridge was completed in 1939.

The Palace Bridge is considered the most complex technical structure on the Neva. Now German hydraulic equipment is responsible for the bridge dilution. To lift up a concrete structure weighing 700 tons, it is enough to press one button. A team of 6 people is responsible for the control panel. The Palace Bridge is divorced and reduced about 300 times a year - usually twice a day. During the night, up to 25 ships pass under the raised bridge. During the summer film festivals, the bridge turns into a huge open-air cinema.