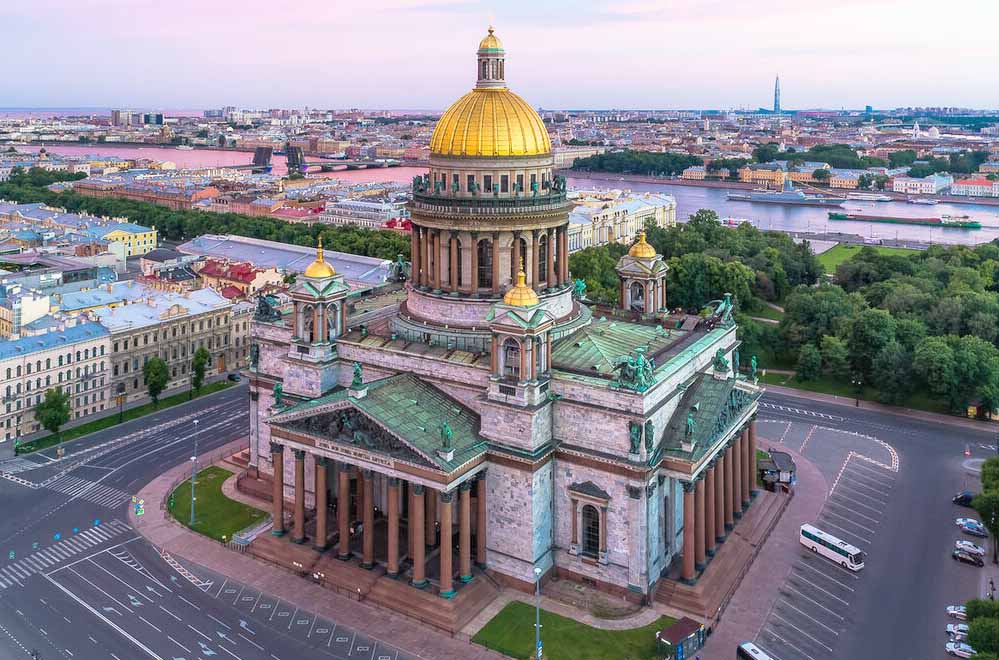 St. Isaac's Cathedral is undoubtedly one of the symbols of St. Petersburg. Its high drum with a dome is visible from the Gulf of Finland. "Inkwell" is the unofficial name the cathedral received because of the disproportionality of the drum. St. Isaac's Cathedral owes its appearance to Peter I, who was born on May 30, the day of St. Isaac of Dalmatia, a Byzantine monk. In 1710, the emperor ordered the construction of a wooden St. Isaac's Church near the Admiralty, in which Peter I was married to his wife Catherine. The second stone temple had to be dismantled due to subsidence of the soil. The third temple was not completed due to dilapidation after the death of Catherine II. And finally, the fourth temple was built under the two Alexanders I and II for forty years and was consecrated on May 30, 1858 – the birthday of Peter I. The cathedral was built according to the project of the French architect Montferrand. "Michelangelo of the North" - that's what Alexander Dumas called him. The architect managed to realize a technically difficult task and built a unique temple using non-standard solutions. The cathedral stands on 11 thousand spruce piles, which were driven in for five years. 400 thousand people were involved in the construction of the cathedral. According to its grandiose dimensions, the cathedral entered the top three of the greatest domed structures in Europe: its height is more than 100 meters.

The interior of the cathedral impresses with its luxury. It can accommodate up to 12 thousand people. Due to the fact that St. Isaac's Cathedral was under construction for a very long time, there were rumors in St. Petersburg about a deliberate delay in construction, since Auguste Montferrand was predicted that he would be alive while the cathedral was being built. The prediction came true - a month after the completion of construction, the architect died.

There are many legends and various stories about St. Isaac's Cathedral. The legend that he gradually and imperceptibly settles under the weight of his own weight is still alive.

Currently, from the observation deck of the cathedral, you can see the panorama of St. Petersburg.