Lions of the Palace Pier 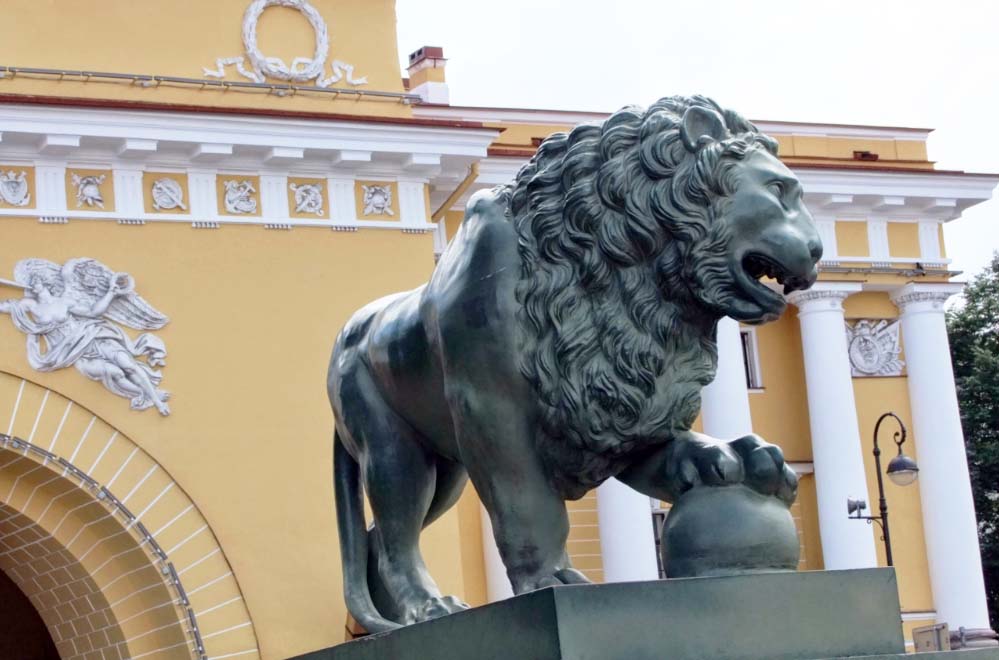 The palace pier on the Admiralty Embankment (it is also called "Descent with lions"), was built by architect Karl Rossi in the early XIX century. The project of ennobling the territory of the Winter Palace was under the supervision of Nicholas I himself . Copper sculptures of lions on granite pedestals were installed on the embankment in September 1832, these are the most famous lions of St. Petersburg and exact copies of the Florentine lions. The models for their casting were plaster casts from the originals. The idea of installing sculptures appeared during the first project of the embankment, the authorship of which belongs to Luigi Rusca. But even after that, being modernized and transformed, the embankment was always under the protection of exact copies of lions from Florence. They successfully fit into the overall ensemble of the granite pier-the descent leading to the banks of the Bolshaya Neva.

Art critics and connoisseurs of sculpture note the extraordinary power and energy that the compositions radiate. The lions are hollow inside, but they have strong steel frames installed in them. The restorers put them up because of tourists who were photographed so often on the back of one lion that they broke his back. During the Great Patriotic War, the lions were significantly damaged by shells and had to be restored. Today, images of lions can be found on souvenirs, calendars and coins, because it is these majestic animals that serve as intercessors of the beautiful city.