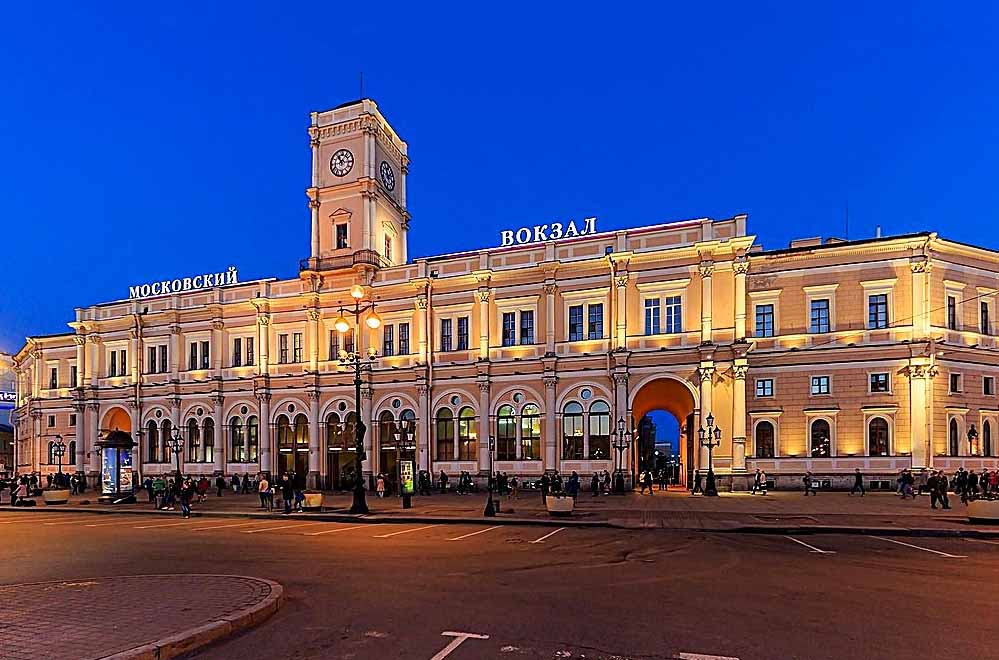 Moskovsky Train Station in St. Petersburg is located in the very center of the city — on Vosstaniya Square. It is one of the three busiest railway stations in the country. Every day, 15 thousand passengers depart from the Moscow railway station to different corners. The decree on the construction of two identical railway stations in St. Petersburg and Moscow was signed by Nicholas I in 1842. The station buildings are built in the Renaissance style and resemble the town halls of Western European cities, with an elegant clock tower in the center.

The Imperial train left for Moscow on August 18, 1851. After 19 hours, the train was already in Moscow, and this is taking into account the fact that the emperor was afraid of bridges and every time this segment of the way went on foot. In tsarist Russia, the station was called Nikolaevsky, and the road connecting two major cities was called the Nikolaevsky Railway. After the revolution, in 1923, the railway was renamed Oktyabrskaya, and the station became known as Moskovsky. There are interesting sculptures at the station, so the most attentive can look for a monument to a carrier pigeon under the ceiling of the Marble Hall. In the center of the Light Hall there is a bust of Peter I (he replaced the bust of Lenin).

Curious facts - it was in the station building that a public Christmas tree was installed for the first time at Christmas. And the first head of the Moscow railway station was N.I. Miklukho-Maklay - the father of the famous traveler. The first high-speed train reached Moscow in 15 hours and 45 minutes with 15 stops. The branded "Red Arrow" broke this record in 10 hours with three stops. Today, the Peregrine Falcon "flies" to Moscow in 3 hours and 45 minutes.