Monument to Peter I 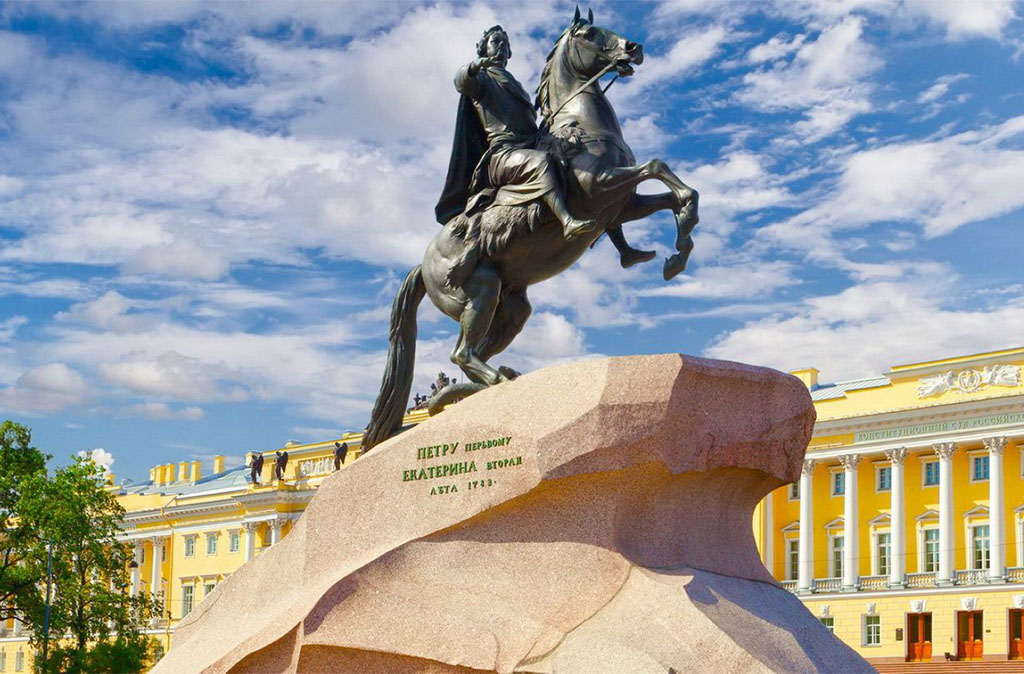 The Bronze Horseman in St. Petersburg is the most famous monument to Peter I and the main symbol of the Northern capital. It is located on the Senate Square and is a unique work of Russian and world culture. The monument received its name the Bronze Horseman later thanks to a poem by A.S. Pushkin. The idea of creating the monument belongs to Catherine II. The sculptor Etienne-Maurice Falcone was chosen to embody it, and in 1766 he began work. The thorny twelve-year path of creating a plaster model has begun. In addition to Falcone, the assistant of the sculptor Marie-aNne-Colo (sculpted the head of Peter I) and the sculptor Fyodor Gordeev (sculpted a snake under his feet) took part in it. Gunsmith Emelyan Khaylov took up the casting of bronze, after difficulties and failures, the monument was finally cast. A special story was with its pedestal – after searching, a Thunderstone weighing 1600 tons and 11.2 meters high was found. Thousands of people and Catherine II personally participated in its extraction and transportation. The whole of Europe was watching this operation. The grand opening of the monument took place on August 7, 1782.

Peter I is depicted in dynamics, on a rampant horse, in simple clothes with a laurel wreath on his head and a sword at his belt. The monument is unique in that it has only three points of support. On the pedestal there is an inscription "To PETER the Great CATHERINE the Second in 1782". The weight of the Bronze Horseman is eight tons, and the height is five meters. There are several myths and legends in which Peter the Great prophesies: "As long as I'm in place, my city has nothing to fear." And indeed, the monument and the city are still standing and delight us with their splendor.

← Griboyedov Canal↑ Saint-PetersburgObelisk "to the hero City of Leningrad" →