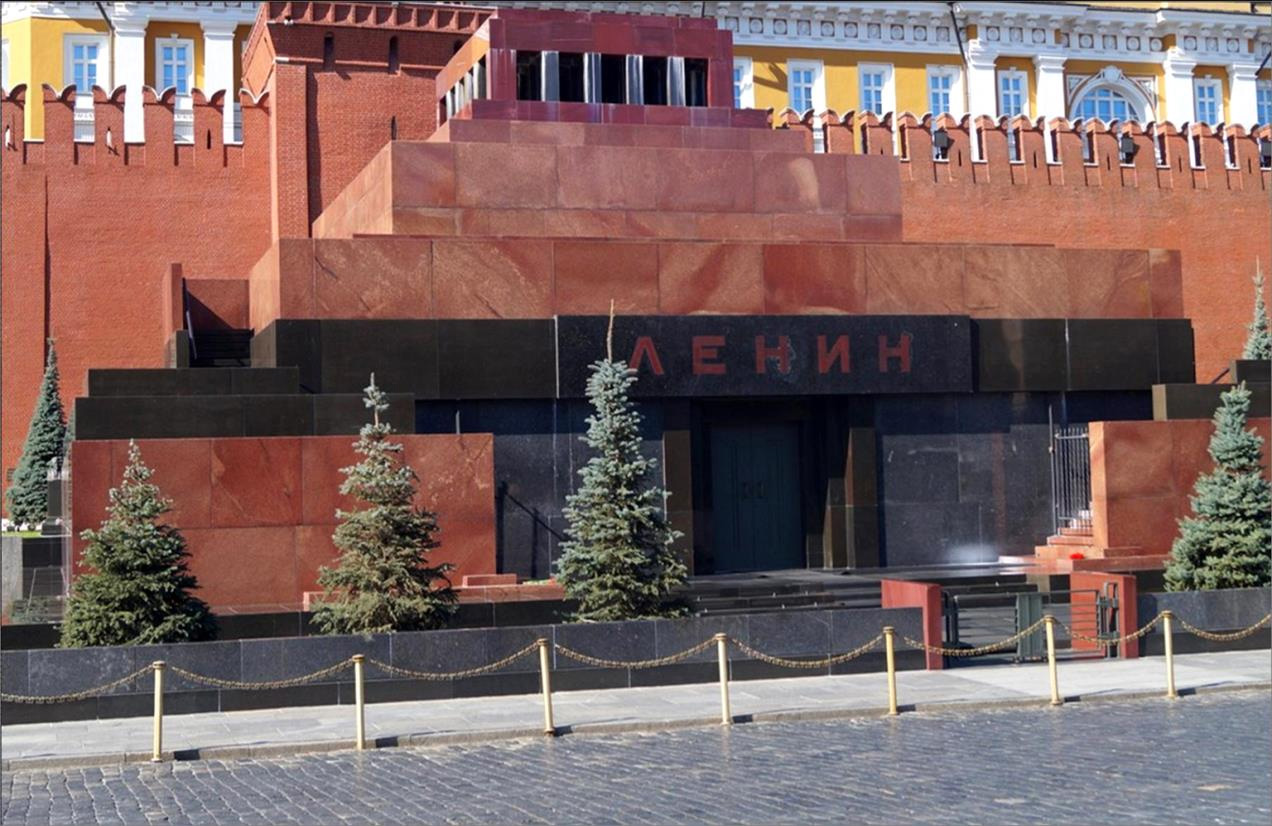 Soon it will be one hundred years since the death of the first head of the Soviet state, Vladimir Lenin (Ulyanov). On January 21, 1924, the leader of the Bolshevik party died, his body was subjected to special treatment (embalming) and placed in the Mausoleum on Red Square. To this day, there are still disputes about the burial of the leader's body. It is worth noting that Lenin's widow, Nadezhda Krupskaya, and his brother Dmitry Ulyanov were against embalming. The wooden Mausoleum on Red Square, designed by Alexey Shchusev, appeared on January 27, 1924. It took the architect half a night to develop the project on the principle of a three – stage Egyptian pyramid, and less than three days to build it. The stone version of the Mausoleum appeared in 1930. The monumental structure was made of stone in red and black tones. Above the entrance there is an inscription: LENIN. Guest stands for 10 thousand people were built on both sides along the Kremlin wall.

Since the 1930s, there have been people who openly opposed the preservation of Lenin's body. For the first time such a protest was expressed in 1934, when a worker tried to shoot at the embalmed body of the leader. Subsequently, the incidents in the Mausoleum were repeated. An inkwell, a hammer, and stones were thrown into the sarcophagus, glass was broken with a foot, an improvised explosive device was detonated. In 1967, a belt filled with explosives was blown up near the entrance to the Mausoleum. Now the sarcophagus, where Lenin's body is located, is covered with bulletproof glass. Specialists of the Mausoleum group who monitor the body of the leader believe that it is in excellent condition thanks to the latest achievements of science, which can not be said about the suit on the leader, which from time to time has to be changed.

← Bell tower of the Church of St. Sophia of the Wisdom of God↑ MoscowEternal flame at the grave of the unknown soldier →