Eternal flame at the grave of the unknown soldier 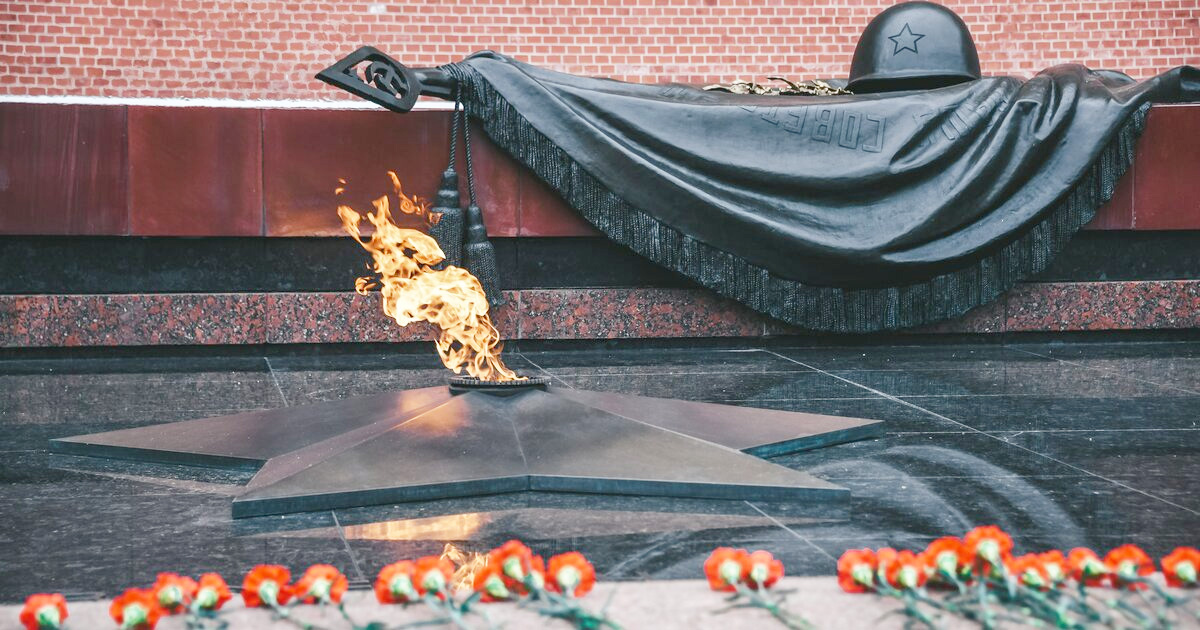 "Your name is unknown, your feat is immortal" - this inscription is made on the Grave of the Unknown Soldier near the Kremlin Wall. Today it is a recognized national memorial of military glory. It is intended as a monument to all fallen soldiers, and first of all to those whose names have remained unknown. The memorial appeared in 1967 in honor of the 25th anniversary of the defeat of German troops near Moscow. The ashes of an unknown soldier who died in the winter of 1941 in heavy battles 40 kilometers from the capital along the Leningrad Highway were transferred here. Who exactly to bury – this issue was discussed from all positions. The choice was made in favor of the remains of a soldier without documents and commander's insignia, on which the uniform survived. It was the nameless ashes of a man who died in the defense of Moscow. On the tombstone there is a symbolic sculptural composition: a laurel branch and a soldier's helmet on a banner falling in heavy folds. A bronze five-pointed star is made in the niche, in the center of which the Eternal Flame burns. The torch was lit from the Eternal Flame on the Field of Mars in Leningrad, it was delivered by relay, along the way of which there was a living corridor. The delegation was headed by the legendary pilot of the Second World War Alexey Maresyev.

The Guard of Honor Post No. 1 is on duty at the Grave of the Unknown Soldier. He is known for the ritual of changing the guard, which occurs every hour. Everything is verified here, down to every centimeter — from the Alley of Military Glory to the eternal flame, the guard takes exactly 108 steps. This printed step, introduced by Paul I, is the business card of the presidential regiment. In 2014, a new memorable date was established in Russia: December 3 - the Day of the Unknown Soldier. It was on this day that the ashes of the nameless hero were transferred from the mass grave "Bayonets" near Zelenograd to the walls of the Kremlin. The Eternal Flame is visited annually by hundreds of thousands of tourists. Here I want to stand in silence and remember all those who did not return from that terrible war…