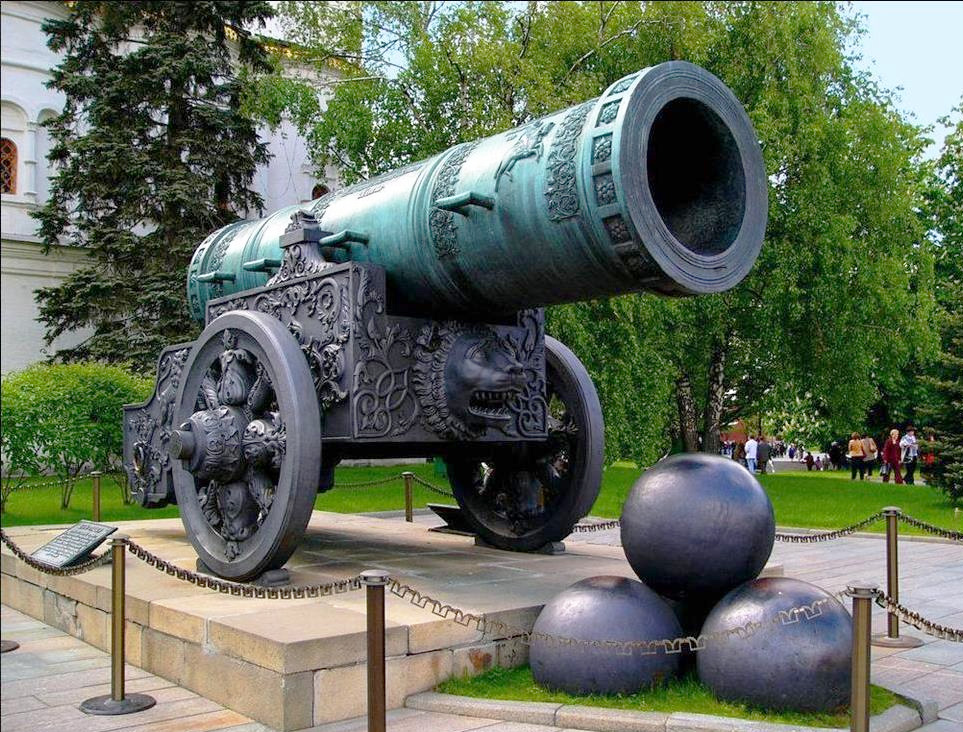 The Tsar Cannon and the Tsar Bell located next to it are unique creations of foundry art, they amaze not only with their size, but also with their amazing history. Some consider them the creation of a national genius, others recall the lines: "You can't understand Russia with your mind." Whatever it was, but these two masterpieces are the main attractions of the Moscow Kremlin.

It is listed in the Guinness Book of Records as the largest-caliber gun on the planet. The tsar cannon was cast in the XVI century by the master Andrey Chokhov. Then they expected an attack on Moscow by the Crimean Khan, but the danger was over. The cannon was moved several times on the territory of the Kremlin. Now the giant gun is located on Ivanovskaya Square. For each movement, at least 200 horses were required, which were tied to special brackets on the sides of the cannon. The Tsar cannon is so called not only because of its size — it has a portrait of Tsar Fyodor, the son of Ivan the Terrible, engraved on it. In 1701, the Tsar Cannon survived by a miracle. After the loss of part of the artillery near Narva, Peter I ordered the old Kremlin guns to be transferred to modern ones. Only at the last moment he spared the Tsar Cannon for its uniqueness. The main controversial question is: did she shoot or not? Scientists say that the gun still made one test shot for targeting. There is a brand of the creator inside the muzzle: then the master's personal seal was put only after checking the gun in practice. Therefore, we can safely say that the Tsar Cannon fired.